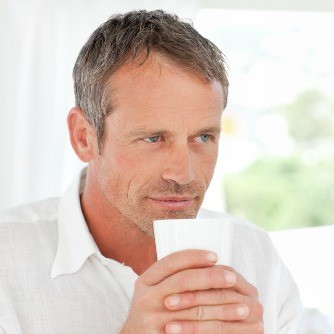 In that there presently is no cure for Alzheimer’s Disease, disease prevention is a strategic research focus. Previously, a number of studies link regular, moderate coffee consumption with a possible …

The adrenal glands respond to every kind of stress in the same manner. Examples of stress that can cause to adrenal fatigue include, poor diets, lack of exercise, use of stimulants, lack of sleep, lack of relaxation, illness, overwork, major surgery, financial pressures, negative attitudes and beliefs, fears, marital stress, smoking, death of a loved one, and job stress. Although severe fatigue is the major complaint of patients with adrenal fatigue, often multiple non-specific symptoms are associated with it.

Some symptoms of adrenal fatigue include:

Adrenal fatigue can be suspected based on clinical exam and symptoms. However, none of the standard laboratory tests currently in use are designed to detect adrenal fatigue. Checking cortisol levels either in blood or saliva at certain times of the day may indicate a deficiency of the hormone cortisol.

Treatment begins with an attempt to relieve stressful situations as much as possible. Lifestyle changes such as diet modification and exercise can help tremendously. Limit the consumption of processed foods, alcohol and tobacco because these substances put extra stress on the adrenal glands. Take small breaks to lie down during the day, increase relaxation, eat regular meals, exercise regularly and get at least 8 hours sleep nightly.

If you believe you may be suffering from adrenal fatigue, call Southern California For Anti-Aging today for a adrenal fatigue consultation at 424.247.4962.

I’ve been a patient of Dr. Goldstone’s for the past 5 -6 years. I see her for my Chronic Fatigue and in addition, menopause. She is very through and up to date on the latest treatments for my diagnosis. She’s ALWAYS on time and I never feel rushed when I see her. I highly recommend her.