We are taking Covid-19 very seriously and have made many safety measures to providing a safe and germ-free environment. Learn more about what we are doing to keep everyone here safe.
Notice to Our Patients of a Data Security Incident. Click Here
Skip to content
Se Habla Español 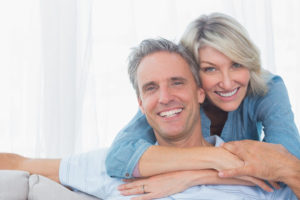 Most people are familiar with the connection between hormones and mood swings in terms of women with PMS or menopausal symptoms, but both male and female patients can suffer psychiatric symptoms as a result of hormonal imbalances. It is, therefore, essential to consult with a doctor who understands and administers bioidentical hormone replacement therapy (BHRT) before bringing a psychiatrist into the mix.

The Complexity of Hormone Interactions

Not only do estrogen imbalances affect mental and emotional functioning in women during premenstrual, menstrual, perimenopausal, and menopausal phases, but the rise and fall of estrogen influence the production of serotonin, a hormone that is also a neurotransmitter. A low level of serotonin has been proven to cause depression. In men, too low a level of testosterone or too high a level of estrogen have both been shown to cause irritability.

In addition, individuals of both genders can be adversely affected by adrenal imbalances in the body’s stress hormones, adrenaline and cortisol, the precursor hormone DHEA. Patients whose adrenal hormones are imbalanced often experience mental health issues, such as anxiety, depression, and insomnia. Because the levels of these hormones may fluctuate daily, patients may experience a mix of such symptoms. Mood and sleep fluctuations may be self-perpetuating in that they cause patients to feel shaky and unstable and therefore more anxious and depressed.

For Many, Puberty Is the Beginning

Both boys and girls feel mood changes with the onset of puberty. As estrogen and testosterone levels alter to prepare teenagers for adulthood, adolescence can be a wild ride. Emotional ups and downs, often accompanied by erratic behavior, can make youngsters feel out of control and their parents feel unable to control them.

The fluctuating levels of estrogen and testosterone make adolescents prone to extreme highs and lows. They experience exhilaration, irritability, anxiety, depression, brain fog, in no particular sequence. Anger and depression, often opposite sides of the same coin, are usually in evidence at least some of the time.

Our society tends to cut adolescents, premenstrual and menopausal women some slack when they become moody and difficult, recognizing that hormones may be to blame. When dealing with men and women of varying ages, however, many people, including many physicians (!), hasten to diagnose psychiatric disorders before evaluating patient hormone levels. This is often dangerous as well as non-productive. Being prescribed antidepressants or anti-anxiety medications without considering the possibility of a hormonal imbalance may cause other ill effects without treating the central problem. Make certain that the doctor you consult takes a comprehensive medical history, does a thorough clinical exam, and does blood testing to evaluate your hormone levels.

One powerful illustrative example demonstrates how valuable an evaluation of your hormone level can be:

A 56 year old man went to the doctor because psychiatric problems that had recently developed were threatening his livelihood and his lifestyle. A public speaker by profession and a magician in his spare time, he had become crippled by anxiety. No longer able to speak or perform magic tricks in public due to panic attacks, he felt that life as he knew it was over. When he first appeared for clinical evaluation, his nervous, rude, aggressive, noisy behavior frightened the receptionists.

If he had gone for an emergency psychiatric examination, he would probably have been put on an inpatient status on a locked unit and treated with psychotropic medications and sedatives. Fortunately, instead, he consulted with a clinician familiar with BHRT who discovered he had a low normal testosterone level and imbalances of several other hormones. Once the doctor administered testosterone, DHEA and certain vital nutrients his diet had been lacking, his behavior returned to normal. No longer troubled by disabling anxiety, he was able to return to his profession as a public speaker and to resume his hobby as a magician.

If you are troubled by inexplicable mood disturbances you should explore the possibility that a hormone imbalance may be to blame with a highly qualified doctor with BHRT expertise.

Related Content
Contact Us Online
Recent Posts
Our Office
23823 Hawthorne Blvd
Torrance, CA 90505
Dr.Goldstone fills the gap from my primary physician who has limited knowledge in nutrition and other methods for staying youthful and achieving optimum overall health.
— Henry
Dr. Goldstone is a caring health practitioner who carefully listens to a patients concerns and fully addresses problem areas in various effective strategies to help regain a healthy balance.
— Sylvia
Website developed in accordance with Web Content Accessibility Guidelines 2.0. If you encounter any issues while using this site, please contact us: 424.247.4962
×