A synthetically produced peptide, CJC 1295 was originally made to treat diseases, but has been discovered to have performance-enhancing effects that appeal to athletes. The peptide works by increasing protein synthesis and insulin-like growth factor levels. This process enables muscle tissue to grow, thereby increasing muscle mass and function.

is a hormone secretagogue, meaning it helps excrete hormones into the bloodstream while simulating the pituitary gland to produce them. It serves other functions as well. Ipamorelin is associated with improved cognitive skills, memory, pain relief, and internal body temperature regulation along with growth and muscle development. [2]

Ipamorelin and CJC 1295 are often used together to stimulate muscle development. The combination works by increasing the blood level of hormones associated with growth. It can increase muscle mass and strength, decrease body fat, improve injury recovery time, and even improve sleep quality and cognitive function.

Research completed with healthy men and women between the ages of 21 and 61, showed that CJC-1295 had the ability to increase serum growth hormone levels by 200-1000%. In these individuals, the elevated growth hormone production and release continued for up to 6 days because CJC-1295 has a half life of about 6-8 days. This longer half-life means the body continues to produce beyond the day of injection and is thought to be a great benefit has compared to other peptides that also have similar actions. For this reason and a few more, CJC-1295 has become very effective peptide for safely increasing growth hormone levels. [3]

Improves cognition and memory function-It is an improved overall benefit to the body, this includes focus and feeling mental clarity and sharpness throughout the day.

Who is a good candidate for CJC 1295 / Ipamorelin? 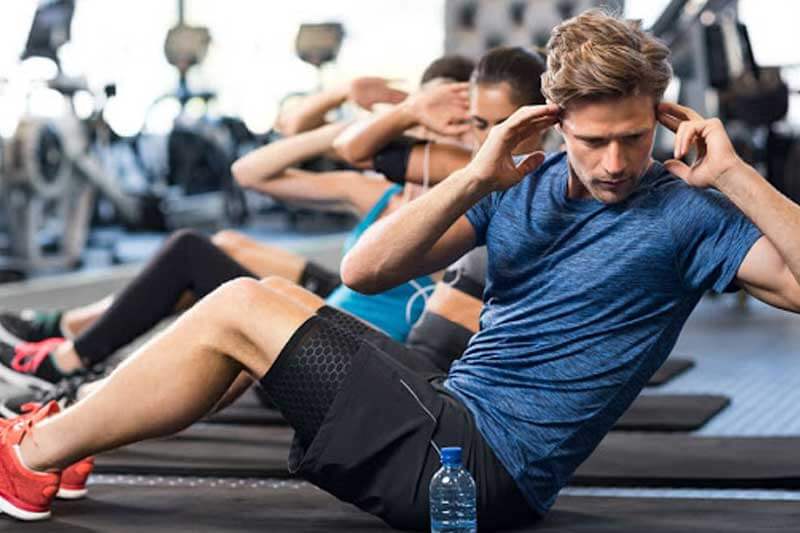 CJC-1295 can help individuals over the age of 30 to have more energy, a faster metabolism, and stay in better shape as you age. It’s not a hormone itself, so it is a relatively safe and low-risk option when all things are considered. However, it requires a prescription and is delivered via an injection, so there are some important points to cover regarding the CJC-1295 benefits and side effects trade-offs.

What are the side effects of CJC1295 / Ipamorelin?

One of the biggest reasons why CJC-1295 is being embraced by so many in their anti-aging fight is because of the relatively low rate of side effects. Most people tolerate CJC-1295 quite well, and side effects are generally mild if present at all. The most frequent side effect was injection site reaction – usually skin complaints or mild pain at the site of injection.

Our Conclusion on CJC 1295 / Ipamorelin peptides:

The effects of CJC-1295 have been researched thoroughly. It is beneficial in building muscle, losing body fat, and boosting energy levels. It does all these by facilitating the production of more growth hormone for your body.

CJC-1295 is a releasing factor for growth hormone and is therefore considered a Prohibited Substance under Section S2 of the WADA Prohibited List. This substance has potential performance-enhancing effects, it is readily available, and there is reason to believe that it is being used within the bodybuilding community.

CJC-1295 and Ipamorelin are typically combined in therapy because the are known to work well together. CJC-1295 takes anywhere from 1-4 hours to reach peak serum in the blood, while Ipamorelin works much quicker. Ipamorelin is cleared from the body more rapidly as it’s half life is about 2 hours. The combination of both peptides ensures a rapid onset with Ipamorelin and lasting effects with CJC-1295. These 2 peptides are incredibly specific at increasing growth hormone levels when compared to other peptides. Other peptide can increase levels of cortisol (as seen with stress, can increase hunger) but neither Ipamorelin nor CJC-1295 have an effect on other hormones which is a great advantage.

Most prescribers direct that CJC-1295 be taken once daily, via subcutaneous injection (above the muscle, below the skin) in the stomach or abdominal region. Other prescribers recommend a “5 days a week” plan, either with skipping days every 2 or 3 days, or weekdays on, weekends off for injections. There is competing evidence as to the efficacy of these two dosing regimens, but in both cases, the effects of CJC-1295 – higher circulating levels of human growth hormone – tend to last for upwards of a week following administration and continue at that level so long as the administration continues a few times a week.

The effects of CJC-1295 have been researched thoroughly. It is beneficial in building muscle, losing body fat, and boosting energy levels. It does all these by facilitating the production of more growth hormone for your body.

Research has shown that administering CJC-1295 once weekly helps to increase plasma GH concentrations (2-10 times more) for a period of up to 6 days after injection. Further, it increases IGF-1 levels by 1.5 to 3 times, for a period of 9 to 11 days, with no adverse side effects.

How should CJC-1295/Ipamorelin be used?

CJC-1295/Ipamorelin is injected subcutaneously or under the skin. The injection is taken at night to mimic the natural release cycle of growth hormone.

Contact Us Online
Recent Posts
Our Office
23211 Hawthorne Blvd, Ste 200A
Torrance, CA 90505
Can’t believe I was so tired & now I’m getting my groove back, thanks to dr. Judy goldstone.
— Gina Martinez
Dr Goldstone is a knowledgeable endocrine and weight loss physician. I have appreciated her guidance and advice over the years. Trustworthy and effective health and anti-aging guidance.
— David
Website developed in accordance with Web Content Accessibility Guidelines 2.0. If you encounter any issues while using this site, please contact us: 424.247.4962
×