It’s not clear what is causing this upward trend in thyroid cancer diagnoses. Some think the increase is attributed to improved and more precise diagnostic technology, Still, there are some reasons to believe that other factors may be involved.
Thyroid cancer is 4 times more common in women than men. it has been suggested in some studies that estrogen might fuel the growth of thyroid cancer cells, which have surface receptors with an affinity for estrogen. (Estrogen also fuels some types of breast cancers.)
Interestingly, the increase in thyroid cancer also began to rise just as X-ray radiation was being routinely used to diagnose and treat disease. This was a time when X-rays were not only stronger, but also used indiscriminately for some unworthy conditions such as acne and tonsillitis. It was even used to measure foot size in the shoe store.
The thyroid gland however, is very sensitive to radiation; which is a leading risk factor for the condition, especially if exposure occurred during childhood. Also, the thyroid can be exposed during high-dose radiation therapy targeted to treat other types of cancer, particularly if the radioactive beam enters an area close to the gland such as the chest, neck, and head, or from total body radiation used prior to bone marrow transplantation. 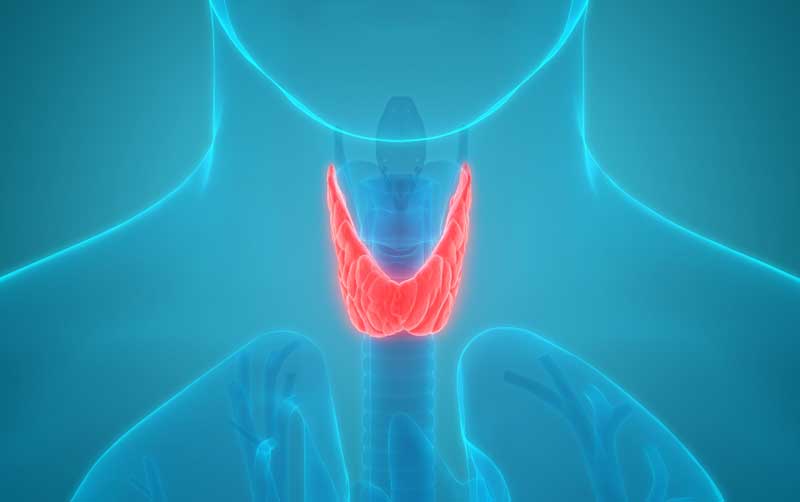 And although routine dental X-rays, chest X-rays and mammograms of today use much lower and safer amounts of radiation, they can still be a thyroid-damaging source. When getting dental x rays (which should be kept to absolute minimum) the ask the dentist for a “thyroid guard” The thyroid guard is a flap which can be lifted and wrapped around the neck. Also, ask for the “thyroid guard” when getting yearly mammograms.

Contact Us Online
Recent Posts
Our Office
23823 Hawthorne Blvd
Torrance, CA 90505
Dr Goldstone is fantastic! She first discovered a thyroid issue I had, and has since been wonderful at monitoring any hormone changes. I can’t recommend her enough for anyone who wants assistance with change of life symptoms as I am planning on her making sure I don’t feel any of it! (LOL) Seriously, Dr...
— Stacey Continue reading…
I’ve been a patient of Dr. Goldstone’s for the past 5 -6 years. I see her for my Chronic Fatigue and in addition, menopause. She is very through and up to date on the latest treatments for my diagnosis. She’s ALWAYS on time and I never feel rushed when I see her. I highly...
— Carranza in San Pedro CA Continue reading…
Website developed in accordance with Web Content Accessibility Guidelines 2.0. If you encounter any issues while using this site, please contact us: 424.247.4962
×