A large long-term human health study in New Zealand and published in the Proceedings of the National Academy of Sciences, finds people age at different rates.  In addition, adults who look older than their years may be ageing at an accelerated pace.  The international research group followed 954 people from the same town in New Zealand who were all born in 1972-73.
Scientists drew up a list of 18 biological markers that together reflect a person’s biological age. They included measures of kidney and liver function, cholesterol levels, cardiovascular fitness and the lengths of telomeres, which are protective caps that sit on the ends of chromosomes.  The study also measured dental health and the condition of the tiny blood vessels at the back of the eyes, which are a proxy for the brain’s blood vessels.
The set of markers were measured when the volunteers were aged 26, then 32, and finally at the age of 38. The researchers then looked to see how much the markers changed over time, to determine a pace of ageing.  It was found that for most young adults, biological age proceeds in sync with chronological age.  However, the aging process isn’t all genetic; there’s a great deal of environmental influence as well. 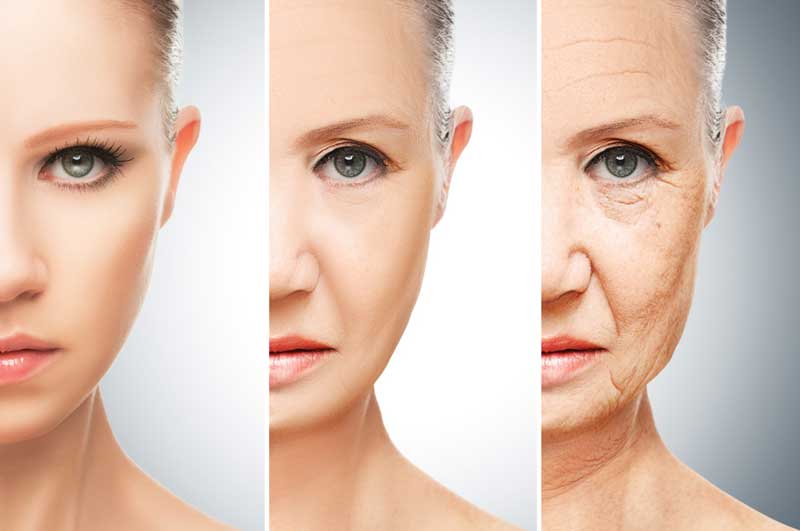 The biologically older people also reported more difficulties with activities like walking up the stairs and/ or carrying groceries.  Already, before midlife, individuals who were ageing more rapidly were less physically able, showed cognitive decline, brain ageing, self-reported worse health and looked older. A clear relationship between looking older on the outside and ageing faster on the inside.
Most people think of the aging process as something that happens late in life,, but signs of aging were already apparent in these tests over the 12 years of young adulthood: from 26 to 38.  The researchers said it was unexpected to find such differences so early, but that the findings could help trial methods for slowing the pace of ageing and ultimately have implications for medicine.
The ultimate goal is to target ageing instead of the multiple separate diseases that people are increasingly likely to develop as they age.
Reference:  Quantification of biological aging in young adults 10.1073/pnas.1506264112 PNAS July 6, 2015

Contact Us Online
Recent Posts
Our Office
23823 Hawthorne Blvd
Torrance, CA 90505
Dr. and her staff are very professional, thorough, have answered all my concerns as a new patient, and keep appointment times on time! Thank you.
— Jessie O.
I have been so happy with my HRT progress under Dr. Goldstone she is so committed to taking her time to continue to make sure she has a thourough knowledge on my progress. I look forward to seeing Dr. Goldstone on my regular semi annual appointment to review my progress. The staff is so...
— Tom L Continue reading…
Website developed in accordance with Web Content Accessibility Guidelines 2.0. If you encounter any issues while using this site, please contact us: 424.247.4962
×