Is it possible to get older without having to experience all of the usual symptoms of aging?

We often think of the search for eternal youth beginning in the 16th century with Ponce de León. Whether the accounts were totally factual or not, it is believed that the Spanish explorer was seeking the mythical fountain of youth when he stumbled upon Florida. In fact, for as long as there have been people on the planet, there has been the desire to remain young and avoid, not just death, but the stages leading up to it.

The saying about “nothing being certain but death and taxes”, usually attributed to Benjamin Franklin, does not seem as popular as it used to be. Perhaps that is because the taxes part of the statement is subject to a fair amount of resistance. This may be the result of activist movements that claim the government does not actually have the authority to levy taxes or because so many people go to such great lengths to avoid them. Death, on the other hand, is still universally believed to be inevitable, and, with it, all of the unpleasant stages and symptoms of aging.

While few argue that death can be escaped, there are growing numbers of people, professionals included, challenging the belief that aging is something we have no control over. This has nothing to do with magical fountains or deals made with the devil, like the Oscar Wilde novel in which Dorian Gray remained young while his portrait aged instead. Today, we are using cutting-edge science and research focused on reversing the effects of aging caused by a wide range of contributors, some of the more common being stress, environmental factors, weight, smoking, alcohol consumption, poor diet and DNA damage. 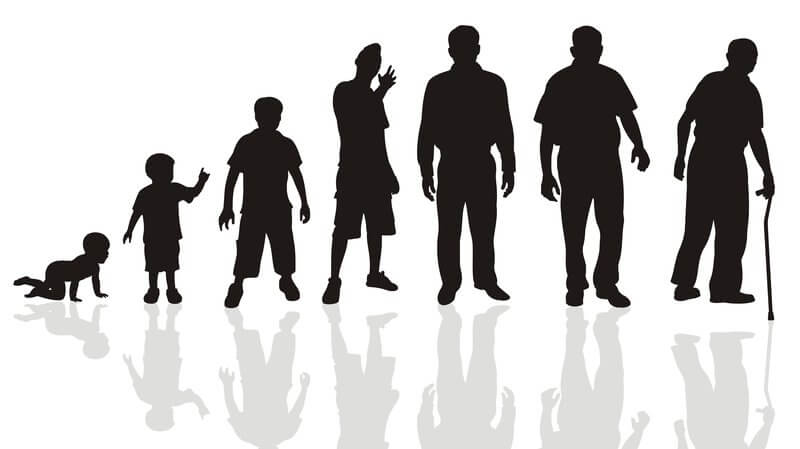 Studies on the Aging process

Particularly promising, researchers at the University of New South Wales (UNSW) believe that they have discovered a way to reverse the effects of aging by improving the ability of DNA to repair damage. As we get older, the body’s DNA is constantly undergoing damage and repair but, the older we get, the less efficient the repair part of the process is. The UNSW team has identified a substance that, when enhanced, restores the DNA’s former level of ability to make repairs. This research has generated a lot of excitement, including with the folks at NASA who are always working on better ways to keep the astronauts healthy during extended periods of time in space, where the effects of aging are dramatically exaggerated.

The UNSW study is just one of many programs working on the issue of slowing aging and reversing what we have always assumed to be the inevitable consequences of growing older. It simply isn’t true anymore that we have to accept limitations and decreased quality of life. Traditional medicine has done a good job of keeping us alive longer, but what is the point if we do so without being able to enjoy those extra years? The young do not have exclusive rights to good health. Don’t you owe it to yourself to find out just what is available to make you feel, act and look your best?

The Southern California Center for Anti-Aging focuses on the practice of advanced, preventive and regenerative medicine. We strongly believe preventive health should be customized to the individual  in testing and correcting  any chemical, nutritional and hormonal imbalances in the body. Therapy can help with creating the foundation for a healthier and happier life. Getting the body into balance is key to maintaining health. At our clinic, a program will be designed for each patient which might included but not limited to:

So is aging inevitable? Well, the short answer is yes. Humans have yet to find a real life fountain of youth or defy the restrictions of our mortality. This is probably a good thing. That being said, we have learned how to slow down the inevitable and add quality to our years. To learn more about our programs or if you have questions about any of our services, take advantage of our Free Consultation by filling out our convenient online form below.

Contact Us Online
Recent Posts
Our Office
23823 Hawthorne Blvd
Torrance, CA 90505
Great physcian, spends time and listens. I would highly recommend Dr. Goldstone.
— Elizabeth Rasmus
Feeling so much better. Having sex again. Feeling more balanced and have higher energy level. Dr. Judy really listens to my needs and the supplements are really making a difference!
— Linda M
Website developed in accordance with Web Content Accessibility Guidelines 2.0. If you encounter any issues while using this site, please contact us: 424.247.4962
×