Are there health risks related to the period known as post menopause?

Despite the fact that stand-up comedians and late night talk show hosts have always considered menopause or “the change” fair game for soliciting laughs, few women find the subject very funny. The anticipation of menopause, as well as its early stages, can produce a significant amount of anxiety related to not knowing what to expect and feeling totally out of control of the major changes happening within the body. Once menopause has actually set in, the symptoms associated with having a period are no longer a concern, but the new symptoms can range from mild to severe and include some or all of the following: 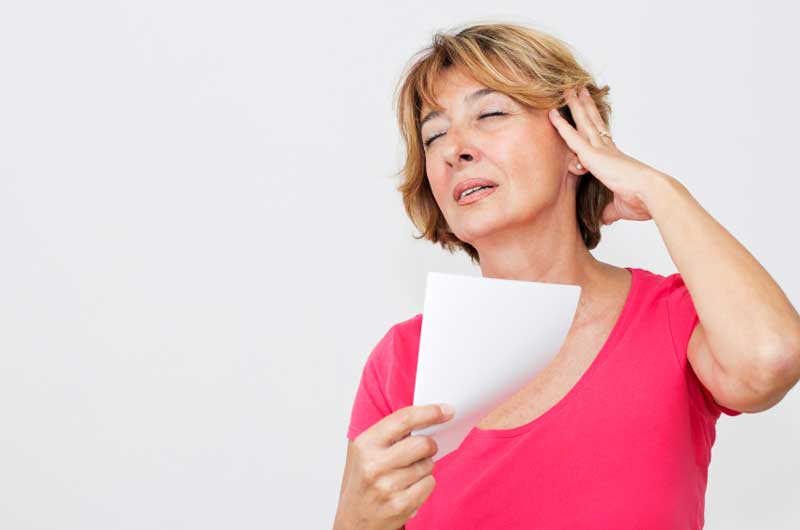 The period leading up to menopause, perimenopause, typically lasts around four years. The symptoms of menopause itself, which is officially diagnosed when periods have ceased for 12 consecutive months, last for an average of seven to eight years, although that number can range widely depending on race, ethnicity and when symptoms begin.
Post menopause is generally considered the stage after menopause and lasting for the rest of a woman’s life. Most of the symptoms of menopause are present in the beginning and gradually decrease during post menopause. During this period, women are at an increased risk of developing certain health conditions as a result of continued low levels of estrogen and progesterone. Some of these include:

While it would be hard to find any positives on the above list, the good news is that there are a wide variety of methods and treatments available to alleviate these symptoms and conditions. These include some combination of diet, nutritional supplements, exercise, stress reducing programs and hormone replacement therapy.
At the Southern California Center for Anti-Aging, we believe correcting imbalances and restoring hormones with Bioidentical Hormone Replacement Therapy can help with symptoms associated with all stages of menopause, while also helping to create the foundation for a healthier and happier life.
To learn more about menopause or if you have questions about any of our services, take advantage of our Free Consultation by clicking here to use our convenient online form.

Contact Us Online
Recent Posts
Our Office
23823 Hawthorne Blvd
Torrance, CA 90505
The southern California Center for Anti-Aging has been an amazing find for me. After years of failed weight loss attempts, I finally have succeeded in losing weight and doing it the healthy way under the watchful eye of Dr. Goldstone and her staff. I appreciate that the Dr. spent a lot of time explaining...
Continue reading…
Dr. Goldstone is not just a knowledgeable, competent physician, she takes the time to explain the most complex biology/ physiology into concise language a layman like myself can understand. I highly recommend her services.
— Al P.
Website developed in accordance with Web Content Accessibility Guidelines 2.0. If you encounter any issues while using this site, please contact us: 424.247.4962
×