Sermorelin has generated a lot of buzz recently within the scientific community as a safe and effective way to increase growth hormone production naturally.  Sermorelin is an FDA approved prescription drug, first developed in the 1970’s, which stimulates the pituitary gland to produce and release human growth hormone (HGH).  Unlike HGH therapy, which directly replaces declining levels of HGH from genetically engineered growth hormone, Sermorelin stimulates the pituitary gland to produce and secrete HGH naturally.  As such, Sermorelin is known as a ‘secretagogue’ which means it causes the pituitary gland to produce and secrete HGH.
The amount of HGH produced in the body declines with age. The body’s HGH output tends to be highest in our mid 20’s, however, declines anywhere from 30% to 50% by the time we reach our 40’s; this steep drop off leads to many of the signs and symptoms associated with aging, such as: loss of vitality, increased body fat, reduced muscle mass, reduced bone mineral content, insomnia, and a weakened immune, to name a few.  These changes can eventually lead to an increased risk for heart disease, insulin resistance, diabetes, and metabolic syndrome. 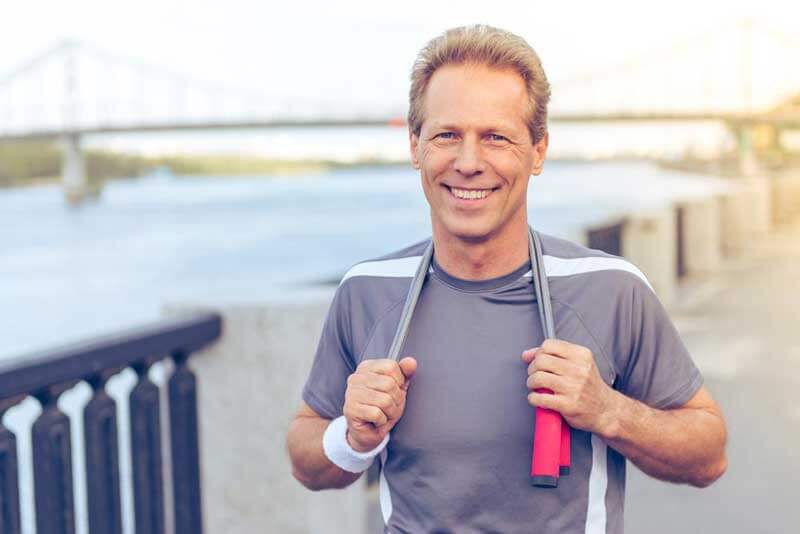 Health benefits that have been reported with Sermorelin use include: increased energy and vitality, increased skin elasticity, improved bone density (strengthening of the bones), increased development of lean muscle mass, decrease in fat tissue, improved memory, improved sexual function, improved cardiovascular strength, lower blood pressure, higher HDL and improved immunity.
Sermorelin is usually taken as a subcutaneous injection or it can be compounded in a liquid spray form that is sprayed under the tongue. The cost of Sermorelin therapy is significantly less expensive than the cost of HGH therapy, making it a widely sought after treatment.  Sermorelin is prescribed only after a thorough medical evaluation by a qualified physician who specializes in hormone therapy, such as Dr. Judi Goldstone, a leading expert from the Southern California Center For Anti Aging.
To learn more about Semorelin and if could be right for you, call the Southern California Center For Anti Aging, at 424-247-4962.

Contact Us Online
Recent Posts
Our Office
23823 Hawthorne Blvd
Torrance, CA 90505
I have always had positive and professional experiences with Dr Golstone and her team. I would recommend this office to anyone interested and great knowledge for better health and wellness.
— Scott Garrett
Dr. Goldstone and her staff make my health and well being their top priority. Personal attention to every detail must be their goal and because they care that much I have learned to be the same about the things I can do to maintain a healthy life. I highly recommend her to anyone who...
— Dave Kaufman Continue reading…
Website developed in accordance with Web Content Accessibility Guidelines 2.0. If you encounter any issues while using this site, please contact us: 424.247.4962
×